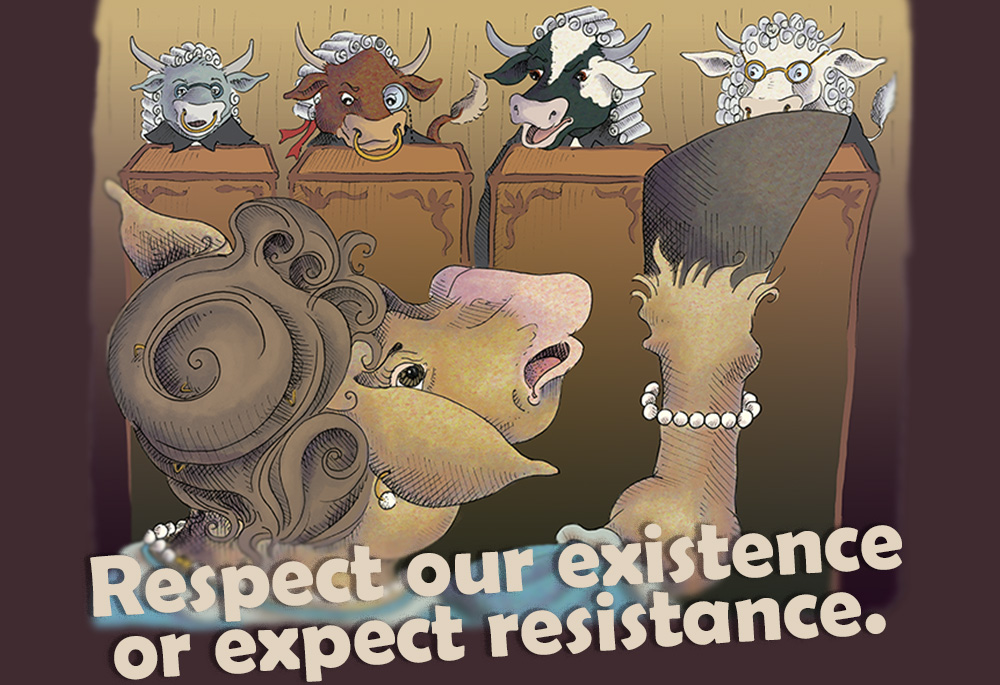 It’s inconceivabull to me that men and women are still, in the 21st century, part of a global hierarchy in which women are paid less, worth less, and told their concerns are an attempt at reverse sexism. Coming off Black History Month, a time to celebrate black achievements, power, and history, we are reminded that in order to change society, we must uddermine the system that keeps us at bay. Now, as we approach International Women’s Day (March 8th), we must band together and focus on remooving the obstacles that keep men and women from standing as equals. 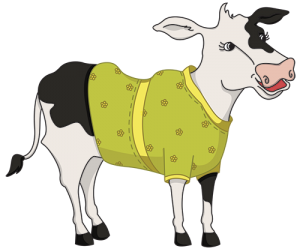 Bullieve it or not, many women experience all types of discrimination daily. Sometimes, even the workplace is built on gender inequality in the form of unequal access to promotions, harassment, and especially the wage gap. Doesn’t that just get udder your skin? When you see your male coworkers taking home extra mooney for the same work, you go home feeling like a big pile of manure. And that’s exactly how Eva the cow feels when she discovers her mother and the other cows are paid less than their fellow bulls at the Calgary Stampede.

In Dustin Milligan’s In the Hoofsteps of Emooly Murphy, kids will learn about the right for boys and girls to be treated as equals by following Eva into her life at the Stampede and the historical journey of cows before her, who fought for their right to be included in City Stall discussions, be protected from abuse, and take care of their young while also pursuing a career. Eva is, of course, unamoosed to learn that even after all her ancestors’ efforts, cows are still disregarded and exploited by their male counterparts. But how can one small cow make a big difference in front of such impossibull odds? 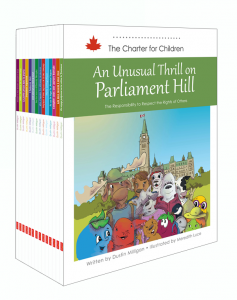 We know it can be tricky to get kids interested in social studies. But with Milligan’s irresistibull series The Charter for Children, kids can grasp challenging legal concepts without any complex vocabulary or long-winded explanations. These 14 books embrace topics such as racism, sexism, aboriginal rights, and religious freedom, and relate them to the laws that prevent discrimination based on these differences. Containing a boatload of clever analogies, these engaging stories—each set in a different Canadian province and territory—show children how the protagonists’ rights were infringed and how they fought back.

The Charter for Children is available in both French and English and has already been approved as a curriculum resource in Saskatchewan and Nova Scotia. Learn more here!