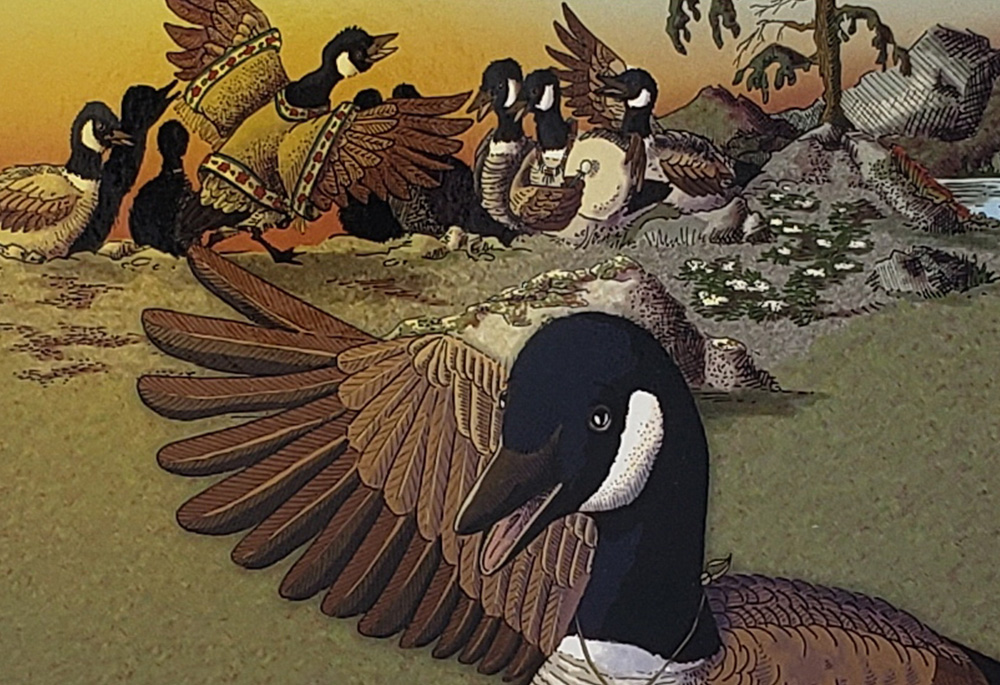 From Disney’s Pocahontas (1995) to Little House on the Prairie (1935) by Laura Ingalls Wilder, Indigenous people have appeared in cinema and literature shrouded in stereotypes and romanticized to no avail. On June 21st, National Indigenous Peoples Day, let’s celebrate our country’s native inhabitants and forget any biased perspectives the media may have highlighted in the past.

Since 1996, Canada has commemorated indigenous heritage of First Nations, Inuit, and Métis peoples, underlining their different cultures, beliefs, achievements, languages, and identities. Ottawa’s popular Summer Solstice Indigenous Festival features the contributions and talents of a diverse community of artists, healers, chefs, and leaders who want to share their traditions with all Canadians. The summer solstice holds much significance for aboriginal people as the longest day of the year and has always been a day to celebrate heritage and spirituality.

Indigenous beliefs emphasize how intertwined land and water are with health and wellbeing. By building meaningful connections with the land, you develop better social relationships and self-confidence, according to current research. From celebrating rites of passage like pregnancy and first hunts to maintaining a traditional lifestyle of healthy eating and constant exercise, the land is a crucial part of everyday life for indigenous communities.

As descendants of settlers or as immigrants to this land, we must be open to the teachings, concerns, and voices of indigenous peoples who have been one with this country longer than anyone else. It is in their best interests—and ours—to share knowledge and recognize the value of land-based healing. After all, we can all gain something from extra fresh air and the wisdom of centuries of Indigenous culture.

Nonetheless, many North Americans blame Indigenous people for their drug and alcohol addictions and related illnesses, ignoring the link between colonization, residential schools, and using drugs or drink as a coping mechanism. The cycle of poverty, depression, hopelessness, and abuse that Indigenous people still face is one that began with Columbus’s arrival on the continent and included incredible violence, psychological abuse, oppression, tearing families apart, and claiming Indigenous territory.

Issues like contaminated potable water sources on aboriginal territory and limited physical activity in permanent residences can be traced back to the colonial period and subsequent assimilation tactics that stole indigenous land and compelled indigenous peoples to abandon their traditions and act like the ‘civilized’ Europeans who decided they knew best.

These settlers and their descendants tend to ignore what has been named the biophylia hypothesis, a concept within ecopsychology which proposes that “human beings have an innate instinct to connect emotionally with nature” according to Simon Brascoupé, an Indigenous knowledge-holder from Kitigan Zibi whose lecture I had the pleasure of attending. Nature is a form of therapy and a type of medicine that cannot be purchased at a pharmacy counter or obtained in an office. Its benefits are unquestionable and should be supported by whatever means possible. 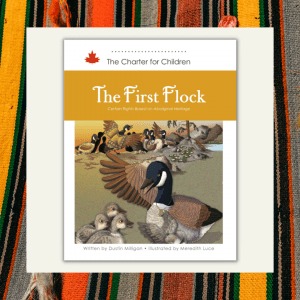 Canada’s legal system recognizes the rights of First Nations groups to the land in the Charter of Rights and Freedoms. The First Flock, one of the 14 books by Dustin Milligan in the Charter for Children series, focuses on aboriginal heritage and draws parallels between Canada geese and Indigenous people’s traditional migration habits that were impeded by newcomers—the crows or the Europeans. The geese have a spiritual relationship with the land that allows them to connect with their ancestors. Although much is lost, the Indigenous geese, similarly to aboriginal people on Turtle Island, begin to heal and return to their roots after reaching agreements with the settlers.

DC Canada supports schools in Northern Canada through our Love for the North fund that provides educational books and games to Indigenous schools, which receive less funding compared to public schools, and face greater challenges due to their remoteness, the extreme weather, and the special needs of their individual communities. The goal of our Love for the North campaign is to send 100 gift boxes of resource books to northern schools to support literacy, numeracy, and other fundamental thinking skills that are highly valued by educators and employers alike. If you want to get involved, learn more here.

Kalli Dakos’s 2019 poetry collection, Recess in the Dark, offers a new perspective on how schoolchildren live in the Canadian North, complete with stunning illustrations of our country’s natural beauty. Order a copy now!

To learn more about National Indigenous Peoples Day in Canada, check out this government resource.