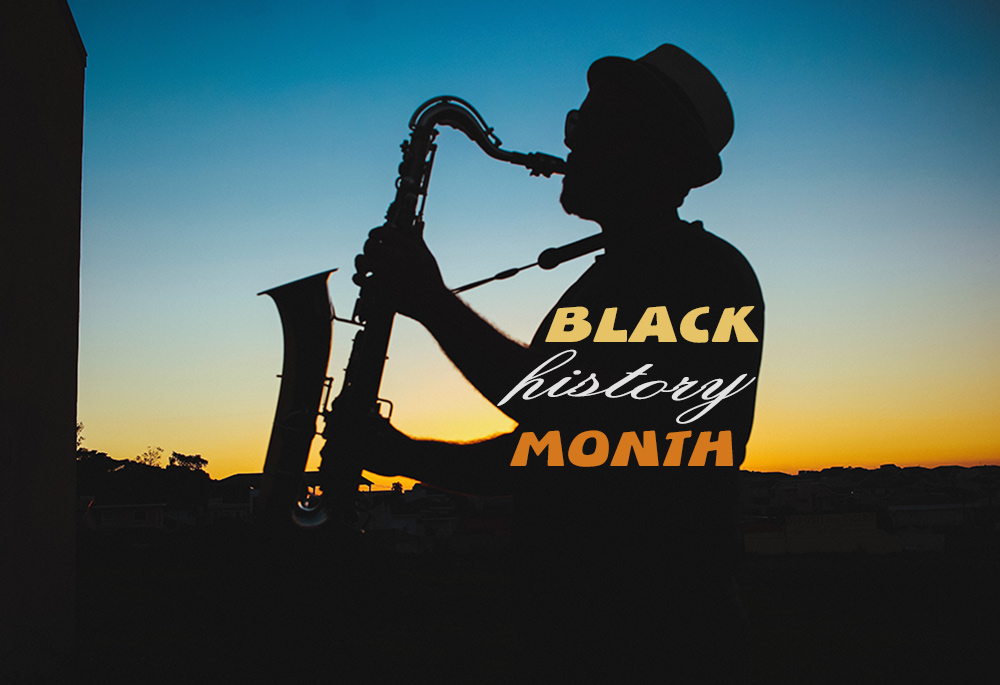 Most of us are familiar with names such as Barack Obama, Martin Luther King Jr., Rosa Parks, and Michael Jackson. But black history extends far beyond 20th and 21st century North America. Since 1926, February has been a time to reflect on the incredible contributions people of African descent have made to the arts, the sciences, politics, and just about every other domain you could imagine. As a book and music publisher, DC Canada wants to highlight three talented artists whose work served as both inspiration to other creators and criticism of the discriminatory social order in North America.

A poet, novelist, and playwright during and after the Harlem Renaissance in New York City, Hughes’ work as a black intellectual who portrayed his community’s reality gave his readers insight into life in Harlem, both the good and the bad. Here is his poem, I, Too (1993):

I, too, sing America.

I am the darker brother.

They send me to eat in the kitchen

I’ll be at the table

“Eat in the kitchen,”

They’ll see how beautiful I am

With a three-decade-long jazz career, it’s no surprise that Billie Holiday is well-known. One of her biggest hits is Strange Fruit, based on a poem by Abel Meeropol that denounces violence towards African Americans. Holiday’s own family was deeply affected by systemic racism leading to her father’s death. Her performance of this song reminds her listeners of the hatred that plagued her society and the bravery of those who rose above racial prejudice to make contributions we still celebrate centuries later. Here is an excerpt from Strange Fruit (1939):

Blood on the leaves

And blood at the roots

As society becomes more and more open to racial diversity, authors from all walks of life share their ideas through their work. Thanks to a history of people of colour fighting adversity (that continues today), many black writers have contributed to contemporary literature. Prize-winning Canadian author Esi Edugyan’s novels show that there are no limits to creativity and perseverance when it comes to the world of writing.

Check out children’s books that feature black protagonists and authors here. After all, the importance of representation is undeniable! Children need to see themselves represented as much as they need to see other types of children as the heroes of their own stories. With prominent black authors as inspiration, black children are more likely to believe that they, too, can become successful writers.

Unfortunately, discrimination has yet to be eradicated from our society. Teaching kids about injustice can be tricky, but Dustin Milligan’s Charter for Children series makes it easier to discuss inequality and its solutions. This month, focus on The Greyest Tail on the Yukon Trail to dive into racial prejudice and related topics. Learn more about the book on our blog!

To learn more about Black History Month in Canada, check out this government resource. DC Canada is so proud of black Canadian artists and urges them to always believe in themselves!