All in a Day: Visiting the Winners of The Little Big Thinker Contest 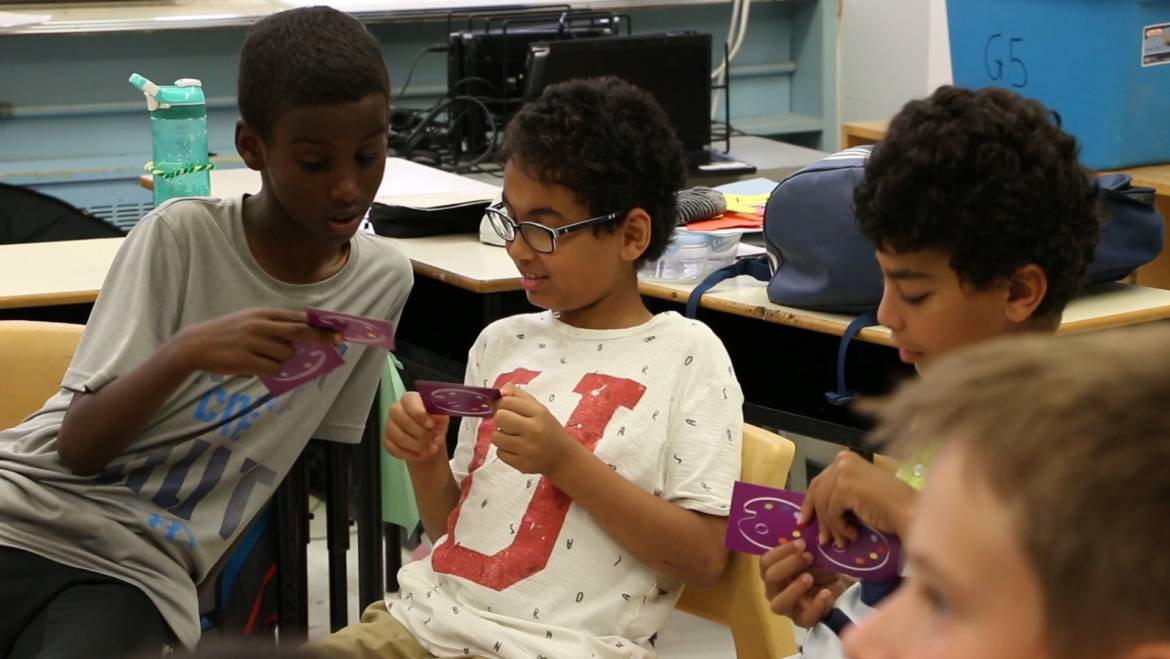 Two students, Mattie Azizan and Autumn Weiss, placed 1st and 2nd, respectively, in The Little Big Thinker contest. They were part of the class that won the participation prize: Mr. Clarke’s grade 5 class, at Elizabeth Park Public School, had the most answers submitted of any other class that participated in the contest. Mattie’s and Autumn’s winning answers can be found here.

On June 28th, we went to Elizabeth Park Public School to award the students their prizes, as well as to award the entire class with a visit from the author of the My Little Book series, on which the contest was based — George Ghanotakis. Dr. Ghanotakis has been an educational consultant for over 20 years and has worked with the Ministry of Education in British Columbia, Ontario, and Québec.

Dr. Ghanotakis has been an educational consultant for over 20 years and has worked with the Ministry of Education in British Columbia, Ontario, and Québec. He specializes in curriculum creation and adaptation, and has created many educational products that help children develop critical and creative thinking skills.

Dr. Ghanotakis spoke to the class about their answers, asked them hypothetical philosophy-based questions, and asked them to explain their answers to him, as well as their fellow peers.

While the questions were similar, students’ answers were not. It was fascinating to watch each student give their answer, watch them agree or disagree with one another, and continue to converse about the topic(s). Some students could be convinced that another answer made more sense, while others could not. Together, they learned that many answers can be derived from the same question and that all of them are equally acceptable and valid.

This discussion led up to the introduction of Playwise, a board game that requires teams of students to answer philosophical questions and provide reasons for their answers. The game rewards creativity and uniqueness and encourages students to provide many different possible answers to the same question.

Dr. Ghanotakis presented this game as a gift to the class for their participation in The Little Big Thinker contest, and asked if they would like to play. The answer was a unanimous “Yes!”

Students were divided into four teams and were presented with three cards each: Yes, No, and Maybe. These cards were used to decide what each team would like to answer each philosophical question with. These cards are initially placed face-down. Once revealed, each team would have to explain why they chose that response. For each well thought out answer, the team would be awarded a point by the designated judge.